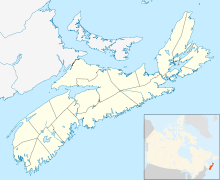 UFO details report: I was getting ready to go to bed. I laid on my left side facing the 3 windows in our room. I noticed a bright round light I assumed was a big star coming out of cloud cover. It was bigger so I thought it was pretty and kept looking at it. I noticed it moved from left to right quickly then stopped. So I focused in on it more and thought it was weird and maybe it was the clouds moving etc? Then it moved from right back to left then up and back down to where it was.

I ran to the bathroom explained it to my boyfriend and he came to look. He took a few pics and also noticed it moving. His pics were shaped rounded at the time. I sent a message to his mom on fb to describe it as she is usually up late. He is one to believe in UFOs etc but I am not. So I found it very weird to see it. Awhile later after it had seem to fade and then got brighter then it went up and out of site.

The second time it came it was still like a round light same motion back and forth then gone after a little while up and out of site.

The third time we were in bed both of us hours had passed so I had fell asleep even though I was scared to sleep. My 1 1/2 yr old sleeps in our room she would wake with each time it came within a few seconds of it appearing which I found very weird.

This time it appeared above the house in the skylight window in the ceiling.it appeared big and bright rounded but then it changed shape before my own eyes. I already woke my boyfriend and to make sure he was awake I was describing it to him in detail. It went to a longer pointy triangle shape. It moved from left of the window to right stopped then left. Then this time down and into an s shaped pattern before moving back up to its original line it came in. I was super creeper out by this point and I had shhh' ed my little one back to sleep.I kept watching it and by this time I was trying to focus on it more to get details.

Triangle shaped part was one light back two points were blue and had streaks of the light coming from it. The other one pointed part seemed to he red. All with streaks of light. It appeared to turn towards the house more as it got brighter almost as if it was turning looking for something? It did an s shaped flying patter three times and them went left out of the vision of the skylight window. I didn't sleep very much last night. Around 333 am my laptop comes on a starts playing one of my daughters sesame street shows loudly. It was turned off but plugged in this was shortly after I heard walking and moment upstairs , my oldest sleeps up there and she wasn't awake. I woke my boyfriend because at that point and time I was scared to even go out of our room. No noises or seeing anything since the 333 am. Have there been any other reports in my area?

From further communications with the primary witness:

My laptop has never came on by itself.  I had it turned off but plugged in charging. I remember falling asleep for a little bit and being woke up to the loud sound of it coming on. My bf tried to reassure me it was an update maybe , but its like I explained it would have to come on put in my password and open chrome to go to YouTube. It scared me so bad I made him go out to turn it off and the lights in the living room wouldn't come on . he flicked it and it took a few minutes and then it came on and he said why isn't the lights working? I just found the whole situation very strange , scary and a very odd feeling when it was around. I mostly was panicked about it taking my children so I don't dare to leave them alone right now. But I am also expecting #4 in a few weeks so maybe its attributed to that? I keep trying to point to other things of why the lights didn't work or what the object might have been to get things back to normal but I'm worried and don't want to see it again. I can definitely draw the object I saw. We tried to get pictures but cell phones at the distance don't do a great job. The more it stays in my mind the more worried I got and someone pointed me to the shag harbour incident which isn't too far from us.

I thought it was just a normal siting by a few people but its a lot bigger than just that. Do these things normally come back or could it be just a one time thing we happen to see?  I'm not really into ghosts or things I can't explain unless I see it for myself so this whole experience was really new and out of the ordinary for me.

So now my mind has changed quite a bit seeing it for myself . And not just one time but over the period of those few hours of it going and coming back. I only noticed one other strange thing after this happened.

I see the whole front lawn has been covered in deer tracks (I'm assuming deer) and dug up everywhere down to the grass. It looks like a huge amount of the deer were there all at the same night. The back yard has other animal tracks that have done the same thing and all on same night. We had snow and my kids weren't out , those weren't there before so it seems like a bunch of animals flocked into the yard?? A little weird but i suppose it could have been because of something else? That's all I can think of that seems strange to me. I will draw then object and also send that along today. Thanks very much for the reply!

Please see witness sketch below. Click for a full sized version in a new window. 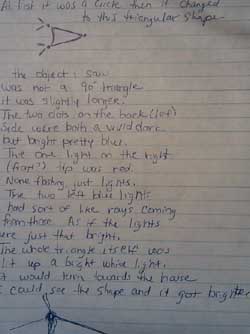