History Of A Haunting

This article was originally written for The Paranormal Blog in order to let the general public as well as paranormal enthusiasts know that Canadian produced History of A Haunting also billing itself as HH claims to be a reality tv series despite the fact we found out that they are casting for actors to play their team lead paranormal investigator.

We decided to give it a permanent home as this is only one example of so-called paranormal reality tv, but all of them (and there are many) should be questioned heavily as to the exact reality they are presenting. Let the viewer beware.

History of a Haunting: ANOTHER Media Letdown Before Production Even Starts... 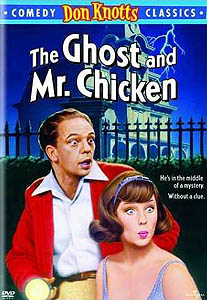 Tori Spelling was interviewed on The View a while back... she laughed when people seemed genuinely not to realise that most "Reality TV Programming" is scripted. Considering Ms. Spelling had a couple of seasons of "Reality TV" of her own under her belt, I'd consider her kind of an authority on the subject... at least, in some corners.

I'd like to think... and I do think... that some "Reality TV" is indeed "real"... or, at least, most of it is not scripted or set up. After all, in many cases, it's presented as informational in terms of taking the audience from simply a "viewer" to a literal observer.

There are many, Many, MANY different paranormal "Reality TV Programs" on TV... and being where we sit, we can say there are at least six different ones being shopped to television networks in Canada as you read this... and no, we're not one of the people trying to star in or make one of these programs. This said, they do all ask if we can "help"... and we try as we can to assist them.

One of the newest shows we've heard about is "History of a Haunting", which is yet another show where they're hoping to showcase "known historic sites" (fine) and "private homes" (always difficult as many home owners do not want to have cameras whipping about their home, not the least of which reason is simply their property values when trying to re-sell... and the hordes of "thrill-seekers" who would want to tour the "haunted house" with or without the owners permission...) and then do the history, reports, psychic investigation, and possible clearing of said site.

Better yet, according to their FaceBook page, they are looking for families to feature in their show... because nothing will serve your child better with fellow classmates than being known as the kid who was on TV because he or she lives in the haunted house... well, save buying them something like this for transporting them to and from the school. 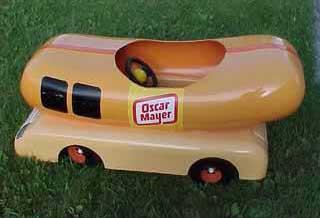 "Combining true and visual history with real-life people and real-life hauntings - and throwing lore, mystery, suspense and technology into the mix.. the outcome is sure to be a first..."

That last bit? Sounds like things are a foregone conclusion, doesn't it? Hmmm...

Another thing on their FaceBook that is a little... well... questionable is the following quote...

The greatest Canadian paranormal series on the planet!

An amazing claim since they haven't aired a program yet!

Still, it doesn't SOUND too horrible... well, not enough for a full blown rant from us... but wait for it, 'cuz here it comes...

REMEMBER: This is real people and real situations... which makes one wonder about this item...

Yup, they're CASTING for an ACTOR in their REALITY PROGRAM!

History of a Haunting filming in HD is already in production and is Now Casting for 1 lead explorer in this reality based Paranormal Series. The series will be filmed entirely in Ontario's Niagara Region. Series lead explorer, Will lead the exploration through Private residences and Local establishments. If you enjoy the Paranormal and enjoy the odd fright while being eager to get down to the bottom of things this is the role for you! Series regular, casting for an individual that exudes charisma, emotion, quick wit and reactions whom is able and willing to work in a team environment and displays a solid on camera presence.

It gets better though...

Attractive and fit (not frumpy) male or female who is a strategic thinker, knows how to execute a plan and manage change. Has some knowledge of the paranormal. Well spoken and articulate. Someone who is motivated and displays leadership in a team setting.. Must be likeable and relatable. Strong expressive communication skills. Must possess the ability to improv and have a solid on-camera presence. Previous acting experience is preferred. If you have an interest in paranormal activity and spirit presence, we would like to see you.

(Screen shots of the mentioned pages are available if needed...)

Heck, Sue and I wouldn't fit the mold!

Even an alive and young Harry Price would probably be too portly!

This would even discount people like Sylvia Browne and James Van Praagh if you wanted to include them!

Imagine this... would you, a person who we safely assume is interested in this topic, "fit" their criteria? Would you pass the bathing-suit competition? After all, it's all about "REAL"... What was that quote above? real people, real situations... well, I suppose it'll be REAL actors with REAL character development to tell them how to look into something we all love...

BECAUSE when you want information, you want your passion to be explored... HECK, you want YOUR home and YOUR family to be looked into, why go with unsightly people with experience when you can have an ACTOR!

"I'm not a doctor in real life, but I play one for less than scale wages on TV! Now, let's make the first incision with the sharp pointy thing!"

Now, I'm really NOT comparing our efforts to medical doctors, but I do think we, the interested people looking for and loving information on our favourite topic, that we deserve better than this lot.

Call me weird, but I'd like a bit of "reality" in my reality television... especially when it's a topic I (and probably you,) hold so dear to my heart... because if I wanted "good looking fake television people" telling me about the paranormal, I'm willing to bet that there's plenty of better produced and written "entertainment" available already on the big networks...

...and MOST people with an IQ better than an average empty beer bottle knows that WE, the people interested in and even working within this field, for the most part, are not as aesthetically pleasing as Jennifer Love Hewitt.

So, JEERS to this obviously rotten and bogus "real show" with their whacky claims ahead of production and their "We Can Train an Actor to be a Ghost Investigator in Two Weeks" attitude.

We ain't buyin' it... and neither will the core audience you hope to attract.

Sorry to say, we're ALL smarter than that.

If you found the above amusing you may wish to read the comments section of the blog, which includes feedback from the History of a Haunting production team. At last count the comments were 100+ probably far more than this internet show is deserving.

Since writing this post, many things have come to light... not the least of which is that all our concerns above, save the "employment ad" for the script writer were confirmed by the producers... and even the above script writer ad is "disputed", not negated...

The "shows" medium has been seemingly caught using fake personas to "defend" the show on message boards where questions were being asked... and he was not at all very nice about it... and the same username he was caught with was used to e-mail commenters on this blog with borderline threatening comments...

Full details about this "catch" are available at...

As of today, the untrained actors hired to pretend they have experience (according to the casting call, remember, actual experience investigating the paranormal or study therein was only preferred, not required...) to be team leads and to help people in need have been announced... and no, no one in the "paranormal community" (as such,) that we know knows these new people.

A web search of the new "team lead" showed zero notes online of his interest in or experience with anything paranormal at this present time. As with everyone involved with the show, however, he is involved with the "Niagara Arts Community" which is fine... it's just that most people interested in the phenomena do seem to feel "paranormal studies" and "art" are mutually exclusive topics... granted, the folks involved with this show very obviously do not feel this way.

Need more proof of how wahoo this will be? Maria G has (absolutely) correctly tipped us that one of the new people on the team is known as "Cannibal Cam"... who is known in the "horror community"... that would be the fictional one which, again, we don't mind... but he's not known at all within or for the actual study of ghosts and hauntings. That we can state without question.

This program's filled with a lot of people known for fictional character development and "story telling/creative" abilities... and not a lot of legitimate investigators or researchers... and by dint, those that do report to have an interest in the study working for the program only show how much they're willing to "sell soap" instead of further the knowledge of our favourite topic.

Added to this is they have "hired" two "REAL GHOST INVESTIGATORS"... They are a couple of professional (in other words, they charge for their services,) ghost/demons clearers who's biggest (possibly only) web presence is ads posted on Kijiji... (Yes, they invoke the magic word "demons"... surprise...) and oddly enough, their "ad" on Kijiji strongly advises doing the one thing that most people can do that, oddly enough, never costs money... best to hire them first in their eyes. They use "fear tactics" (warning of dire consequences,) to those that try other FREE methods to deal with their problems without hiring and paying them for their service.

Folks, if someone tries to scare you into a paid house clearing, the ghost is not what you should be scared of... RUN from those that use fear to open wallets.

I cannot stress this enough... as a genuine paranormal investigator... as someone with over a dozen years experience... and after consulting many other's in this field... hell, as a FAN and someone with a passion for this subject... IF you are considering letting these people help you, PLEASE DON'T.

They are questionable with a capital "Q" and have failed to convince anyone of their sincerity beyond "fame and fortune" with this topic...

More and more, this "product"/"creation" is looking something like Tobe Hooper producing a "ShamWOW!" infomercial for very questionable services offered by extremely questionable people... and to what end?

We can really only see one... "Fame and Fortune" for these folks... at the expense of real history, real science, real folklore, real witnesses, real educational possibilities, real passions and interest...

...which, I'm betting to these folks, though they won't admit it, is a small price to pay for their fame, fortune, and indeed, marketing.

Complete "Summing Up" is available at:

...you will need a membership.

A great "smack down" on this is at"

...which is open to the general public.