An introduction to Amelia Elizabeth Dyer a Victorian murderess whose memory remains firmly entrenched through ghost stories and improvements to child welfare. 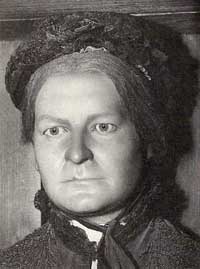 The ramifications of the Reading horrors
by Christopher Laursen

Over the summer, I did historical research on one of most notorious cases of serial infanticide in British history. I came across it quite by accident via a ghost story. The process of determining the roots of the ghost story led me a on gripping journey into a crime known in the tabloids as the “Reading horrors” that shook up the whole of England, eventually contributing to major child welfare reforms and a formalized adoption system.

In the spring of 1896, a routine dragging operation on the Thames River in Reading, west of London, recovered a brown paper parcel, inside of which was found a baby girl’s body weighed down by a brick, white tape tied tightly around her neck. Luckily for police, there was a name and address on the brown parcel that led them to arrest 57-year-old Amelia Elizabeth Dyer. An inquest was held, and more horrific revelations were made as further bodies were pulled out of the Thames, six in total, most with the signature white tape that Dyer had used to strangle them and some with a handkerchief stuffed in their mouths.

What makes Dyer’s crime most horrifying is that she killed the very children entrusted to her by desperate women, most of them single mothers who could not afford to take care of their babies on meager wages. Amelia cunningly lured them in with kindness. “A child with me will have a good home, and a mother’s love and care,” she wrote to one mother. It was part of a common practice at that time called baby-farming, the unregulated predecessor to modern forms of adoption. Most baby-farmers would have taken good care of these children, however, there were abusive women who pocketed their earnings, neglected the children in their care, leaving them malnourished and to die. Amelia took such heartless behaviour even further, strangling many of the babies given to her almost as soon as she received them and throwing their corpses into the nearby Thames. For that, British justice was unforgiving.

Terence Whitaker, author of the 1989 compendium England’s Ghostly Heritage, related the views of prison guards during Dyer’s incarceration. According to Whitaker, the chief warder described Dyer as “too oily and submissive for words… her eyes were always watching me. Those glittering eyes of hers stilled into me a strange feeling of disquiet and foreboding.” Prison warders were said to describe her as “old and shrivelled,” with a smell of “ancient marshlands under a strong sun.”(I never found such sentiments expressed in prison staff’s testimony during the formal inquest and trial.) Dyer was hung at Newgate Prison two months after her arrest. A few years after her execution, the chief warder was said to have seen her wraith grimacing at the prison yard door. When he and another guard ran to the door, they found the yard empty except for a “woman’s handkerchief which fluttered to their feet on the wet flagstones.” Whitaker did not recollect that Dyer had used a handkerchief to suffocate some of her victims, but that may have played into the story. Apparently, a photo of the chief warder shows a ghostly Amelia leering over his shoulder if such a picture actually exists, I would love to see it! The story might merely be a legend recalled in Whitaker’s anecdotal ghost stories, but it does reveal a long-standing public sentiment of fear and horror over Dyer’s actions. The ghost story remains a fixture of “The Original London Ghost Walk.” Dyer was for a long time a creepy mannequin in Madame Tussaud’s famous wax museum. Today, the Thames Valley Police Museum prominently displays photographed artefacts from Dyer’s inquest on their website, including a lock of her hair.

She was not the first nor the last to commit such heinous crimes in England. Margaret Waters had been hanged for drugging and starving babies in 1870. Sixteen infant corpses had been found around the neighbourhood in Brixton where she lived in the month prior to her arrest. But Dyer’s conviction helped anti-baby-farmer advocates procure the demon they needed to convince the House of Commons that greater protection must be in place for foster children, as is evident in a resulting six-part expose on negligent baby-farming published by The British Medical Journal and the Infant Life Protection Act, both of which followed Dyer’s conviction. Her murders instigated both fear and reform, inspiring formalized adoption procedures and ever-increasing vigilance to protect children’s safety, as well as the legends, songs and tales that are designed to induce fright at the very mention of the name Amelia Dyer. 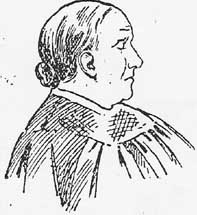 Knelman, Judith. Twisting in the Wind: The Murderess and the English Press. Toronto: University of Toronto Press, 1998.