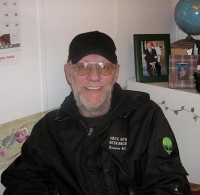 HBCC UFO Research and UFOINFO are reporting an increased number of UFO sightings in Canada for 2008 The total number of Canadian reported sightings for 2008 to both is 551, which includes written and audio UFO sighting reports from January 1, 2008 up until December 31, 2008 and in 2008 they received more reports than they did in 2007.

Ontario, in 2008 leads the Canadian provinces with 192 reported sightings, followed by British Columbia with 179 cases.

Below is a break down on reports received by HBCC UFO Research and UFOINFO from January 1, 2008 to December 31, 2008.

Total number of Canadian reported sightings for 2008 is 551 cases.

The sightings range from meteor sightings, aircraft, stars, the ISS, etc. Although many of the sightings were certainly explainable, there were some really amazing cases in which no answers could be found and they're still looking for a rational explanation for some events.

There are many other UFO organizations across Canada and in the United States that are receiving Canadian UFO cases. So the total will be much greater for each of the Canadian provinces by the end of December 31, 2008.