It is with regret we at PSICAN learned of the passing of our friend, broadcaster Errol Bruce Knapp.

Truly starting his radio career (proudly) on one of the famed pirate radio ships ("Radio Caroline") in England, Errol became the long serving host of "Strange Days Indeed" on Toronto radio station CFRB which popularised and gave voice to the scions, enthusiasts, experients, and any interested parties of the ufological phenomena.  Errol was also the long-time curator of the UFO Updates "List" which through the 90's and into the early 2000's under his stewardship was probably the best resource for current information, ideas, and discussions on the phenomen available anywhere.

Errol had an interest in all areas of the paranormal and was also a futurist with a deep interest in digital media and computers.

His resume included things such as writing for The Hillarious House of Frightenstein (as "Errol John") all the way to being active with the technology show, Fast Forward, and writing for Chuck The Security Guard on The All-Night Show in Toronto before lighting on Strange Days.

With his "great set of pipes" (his excellent voice talent for radio,) ready wit, charm, and enthusiasm, Errol was an original of the likes which is rarely seen in any of the studies of the paranormal. 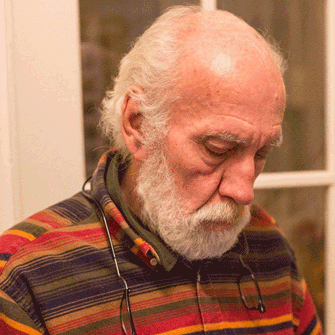