How wonderful that topics such as psi, ghostly phenomenon and other very important paranormal topics are studied scientifically at the university level. Could you tell us a bit about the Koestler Parapsychology Unit at the University of Edinburgh? 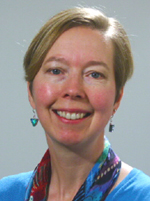 The KPU was established in 1985 as a result of a bequest by Arthur and Cynthia Koestler. The aim is to support activity in parapsychology at a UK University. Prior to 1985, Edinburgh already had an active parapsychologist on its staff, Dr John Beloff, so it was familiar with the topic and knew that it was possible to study these topics in a responsible and scientific manner. At the KPU we have always taken a broad definition of parapsychology, including not only the psi hypothesis, but also studies of pseudo-psi and deception, as well as historical, social and cultural perspectives on the paranormal, and last but not least questions about the psychology of paranormal belief. You can find out more about the KPU at its website:

Would you tell us a bit about what motivated you to study and specialize in this field?

My first degree is in psychology, and since around 50% of the population report holding paranormal beliefs, and about half of these have had experiences that they interpret as paranormal, to me this is obviously a topic of interest from a psychological point of view. Also, I graduated just at the time the Koestler bequest came to Edinburgh. I thought (rightly as it turned out) that this would be an interesting area to work in. So I wrote to the then Koestler Professor, Robert Morris, and he encouraged me to apply for a research assistant position at the department.

Have you had any paranormal experiences of your own?

What do you say to those who mock the whole field of the paranormal as nonsense or something that can not be "really" studied scientifically?

My experience is that many of those who mock have not actually read the scientific literature (that is, research published in peer-reviewed journals) on this topic. If they have actually done their homework before passing judgement, then they have a right to their opinions, though I do not myself agree with them.

What are the greatest advances in knowledge that we have had in the field in the past 50 years?

Oh that's a tough one. Probably the greatest advances are in method rather than in knowledge. There has been an improvement in finding laboratory methods that are both rigorous as well as being more ecologically valid (more similar to real-life experiences) than the early lab research that used the so-called 'Zener cards' for testing. The ganzfeld method for testing ESP is probably one of those. This is a mild sensory isolation procedure, and many parapsychologists argue that studies using this method have provided replicable evidence for psi. However, some ganzfeld studies have found chance results, and parapsychologists still don't have a good understanding of the conditions necessary for obtaining evidence in support of the psi hypothesis. So there is still a lot of work to do.

How would someone find a reputable organization to further their studies in paranormal phenomena?

As it happens, I have just launched a new online parapsychology course. It is a non-accredited course, which means that it is open to anyone who wishes to extend their personal knowledge about this field. You can find more info about the course here:

Originally published to True Ghost Stories.com in August 2008, and republished here with the author's permission.