What's In A Name?

Canadian historian Christopher Laursen considers the ability of mediums to offer accurate information, especially in terms of how impressed sitters are when they produce specific people's names.

One day in 1885, a man of science and his wife visited one of the most renowned American mediums in late nineteenth century Boston, Lenora Evelina Piper, on the advice of his mother-in-law and sister-in-law. William and Alice James stepped into Mrs. Piper's parlour for the first time, not revealing their identities and with the strictest controls in mind when dealing with her. The medium eased back into her chair and went into a trance, mumbling names that sounded like those of the couple's family members, but William and Alice reserved their reaction. Then, the medium asked about a dead child, describing a small boy with the name of 'Herrin.' She repeated the name until it became clearer to her that his name was Herman, the son the couple had lost a year prior to illness. 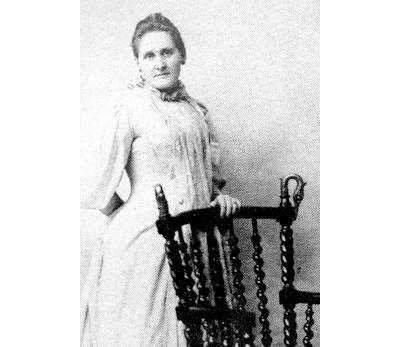 For William James it was sufficient proof that something otherworldly was in the works. The name seemed to be a key component in what convinced him that Mrs. Piper had connected somehow with this information about his son, and it led to a thorough investigation of Mrs. Piper's talents by the American Society of Psychical Research and its British counterpart in the following decades. I first read of this incident in Renée Haynes's amazing 1982 book documenting the history of the British Society for Psychical Research (SPR) and Professor Deborah Blum's recent book Ghost Hunters: William James and the Search for Scientific Proof of Life After Death.

Producing names in readings has historically increased the "wow" factor for sitters. Beyond many other details, sitters seem to find the greatest verification if a name of someone they loved is accurately given in the reading.

Mary Rose Barrington, a retired lawyer from London, England, and long-standing researcher for the British Society of Psychical Research regularly digs in archival documentation of things paranormal, and writes about them for the Society's quarterly magazine Paranormal Review. In the October 2006 issue, she summarized and liberally quoted an article that appeared in the Institut Métaphysique International's publication Revue Métaphysique in 1926 by the French medium Raoul de Fleurière.

De Fleurière apparently had quite a knack for accurately giving names to his sitters. "I never search for names," he wrote. "To try for them would be the surest way of never finding them. When they offer themselves to my vision it is always spontaneously and just at the moment when I am thinking about it least." He said he could come up with name through auditory clues, such as songs, or in visual clues, such as a flower that would relate to the Christian name of his sitters. He prided himself in accurately coming up with very unusual names, including Abéline, Paquita, Xénia, Zénaide and Dolly. "I have to smile when I remember the astonishment of certain people when I have told them, for example: 'You are called Viviane-Coralie-Adolphine...' For in many cases... it is not a single name that presents itself, but a whole series in a long line, one after another," de Fleurière wrote.

The French medium, in another sitting, produced the full name of the French-speaking woman the sitter, Jean Lefèbvre, would later meet overseas and end up marrying, Marthe-Emma-Rose-Charlotte-Ghislaine. Indeed he did end up meeting a woman from Belgium, and four of the five names reported by de Fleurière were correct. "And his excitement is very natural and reasonable," Barrington commented, "because a name is a specific item, unlike the sort of pronouncement... that may be open to various interpretations and modes of fulfillment."

De Fleurière further commented that upon meeting one sitter, he greeted her with the first thing that came to his mind. "Cécile is not going to die," he told the sitter. "She has serious broncho-pneumonia, it's true, but her eighteen Spring-times will triumph over it." The medium remarked, "I could have spoken for an hour; but one single thing had taken her breath away; the name of her daughter that I had uttered." For de Fleurière, the name came to him without difficulty. "This name seemed to me to be written on her forehead, in her eyes, engraved in her soul, her brain, her heart," he said of the sitter.

These are only two of many documented examples where mediums have produced accurate information, one from the records of a scientist, another from the medium's perspective.

Lately, in my volunteer work with Paranormal Studies & Investigations Canada (PSICAN), I have had the pleasure of working with an experienced medium and a member of The Spiritualist Church of Canada, Toronto Spiritualist Temple, Old Aurora Branch Pastorial, Elsie Lynn Leyland. She has never been one to obtain specific names in her readings, so it was much to her surprise that she got a very specific name in a recent investigation, first and last, even spelled out for her! "Left to my own devices I would not naturally ask for a name," Elsie Lynn told me. "Mostly because I have always felt that a name could be the easiest thing to be assumed a 'cold read.' A cold read is when a psychic will ask questions of a subject to get facial expression clues to encourage a direction of conversation." Yet, on another recent investigation, Elsie Lynn did the same, getting several names as she explored a haunted site.

Elsie Lynn goes to great lengths to ensure that she goes into situations objectively and openly. She avoids obtaining information on locations until the hours before departing for the investigation, when she merely enters the address online into Mapquest to find her way there. When giving readings, she will turn her back to the sitter to ensure she does not pick up on their facial expressions. If doing psychometry, she receives items to read in a basket with a cloth lid, each item sealed in an envelope. She will pull the envelope out and open it to show the audience of sitters what the object is. Then, she turns her back to the audience for the majority of the reading. She has no idea who owns the object until the reading is completed. 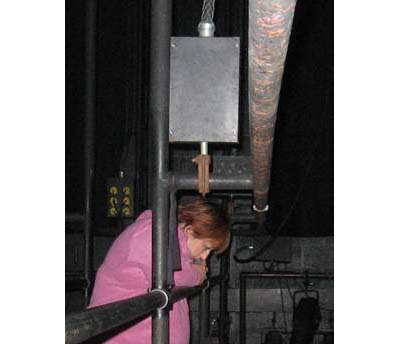 My challenge, as a historian, is verifying the names Elsie Lynn gives. It takes a great deal of time and digging, and there are no guarantees. Even if people with these names once lived and were connected to the location being investigated, they may never have been documented in official records. So far, no records have confirmed the full name Elsie Lynn gave at the first investigation in the time period I have focused on. I will continue the search.

What's in a name? Is the name given really the most impressive factor in the information given through a medium? In working with Elsie Lynn, I have been more intrigued by other factors that are more easily verified. I have been at three different locations with Elsie Lynn so far, and she has offered some specific, historically verifiable information; often they are physical details that no longer exist at the location. For example, in one investigation she stared out of a window at a park, and was told by a spirit that a building once stood there with a basic description of the building's function. An employee of the place investigated verified this; he is quite knowledgeable of the place's history. Her physical description of the operation of a business in another building we investigated was very reminiscent of the detailed description given in an obscure Victorian-era local newspaper article describing the building's layout. My work on this is only beginning, but the clusters of puzzle pieces I have managed to put together so far are fascinating.

"I understand that names places and dates are important to scientific affirmation and identification," said Elsie Lynn. "So I am sure that my state of understanding when regarding investigations passes on to the spirits I encounter. So perhaps the spirits want to prove something too."

Mary Rose Barrington's summary in the Society for Psychical Research's Paranormal Review (October 2006, Issue 40) of "How I Experience The Functioning of My Clairvoyant Faculty" by Raoul de Fleurière originally published in Revue Metapsychique, Issue 4, 1926.

The Society for Psychical Research: http://www.spr.ac.uk

Webmaster's Note: Please note that the medium mentioned within the article above is not a member of PSICAN and we cannot provide you with contact information for her. We do not work with psychics as a front line investigative tool, nor can we provide you with recommendations for any professional psychic nor their services.  Caveat Emptor