Strange Sighting In A Field 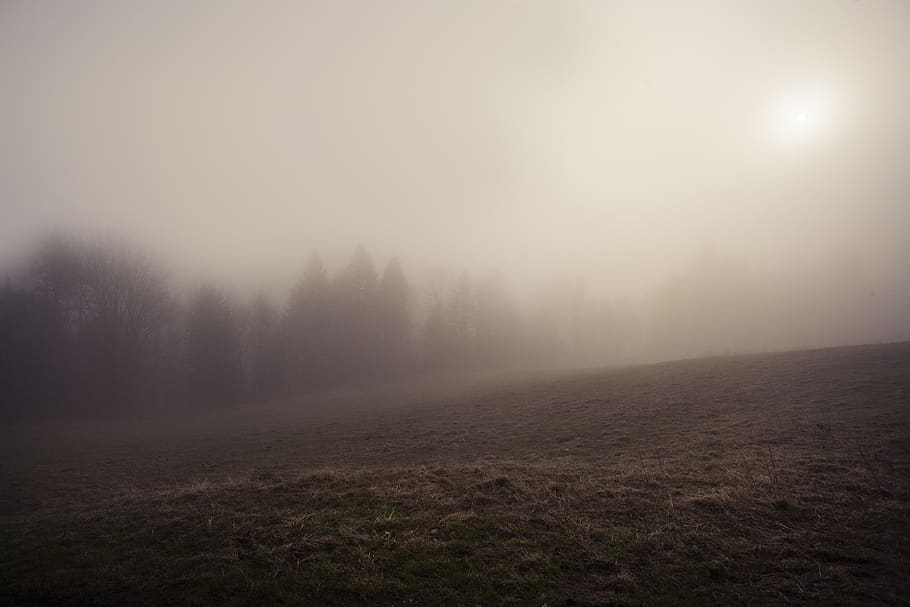 
"I was walking across a very long field along a narrow pathway that leads to a parking lot. I could see across the whole field except where a small island of thin trees partly cut my view to the left. As I was walking, I never saw anyone onto the field. Then shortly after I passed the set of trees, literally in a blink of an eye, two teenagers appeared about 20 feet ahead of me, going in the same direction as mine. In the corner of my eyes, I never saw or heard them approach me. So, I was stunned.

It felt as if the scene of them took over my whole consciousness.This appearance occurred around 3 o'clock in the afternoon. I go through that field all the time. It is dead quiet in that area. I can easily see or hear someone from at least 150 feet, especially when they converge toward me, as this was the case with these two teenagers. How come I couldn't see them just steps away from me?

Perhaps they came from behind the thin trees. But this was the fall season, and most leaves were on the ground. So, I easily saw through the trees.  Also they were about 90 feet from the trees when I first saw them. So, I would have had at least 24 seconds available to see them coming from there. Also I should have heard their footsteps cracking the dead leaves or their feet shuffling through the tall grass. Impossible to miss such noises! Even after they appeared to me, their footsteps made no noise at all! They never turned their heads to look at me, and never acknowledged my presence. Nevertheless I could see them talking, but I never heard any voices!

They were dressed in identical black pants and identical black jackets. Black is a colour that stands out so easily against the green field. It is simply impossible to miss this, especially that there were two of them! About 30 seconds after their appearance, I saw them skip over a 2-feet tall guardrail that leads to an empty parking lot. I then saw them proceeding straight ahead onto the parking lot. Right then, I looked away for a couple of seconds, and then I looked back at them. They had vanished!

The entire parking lot was empty. There was no place to hide. Where did they go?!!!

With the help of my son, we tried to recreate the events to see if it is at all possible that I might simply have been absent-minded and missed seeing them coming toward me then disappear 30 seconds later. My son and I tried different scenarios, and I could always very easily see and hear him. I don't know what to think of this appearance. I think that they were teenagers because at one point, I saw the side of the face of one of them--he looked young. They were not dressed in the fashion of today at all. As they appeared to me, it felt like they were from another period of time. I felt that they didn’t fit the current space-time. They had short hair. Finally they appeared to me as three-dimensional entities.


In order to verify my ability to view things at a distance, I performed the following experiment when I came back from work, a 15-minute walk. I would walk and looking down 6 feet directly in front of me. Because I never looked up, I never had a way of knowing when someone would come into my view. Therefore the psychological factor of “knowing” was eliminated. As soon as my eyes saw something moving, I would look up, take a note of where that person was, and walked right where I saw that person thereby estimating the distance. I performed this experiment many days. I concluded that I had no trouble *at all* seeing something moving 150 feet around me, even when I was looking down just 6 feet in front. I performed an extensive geometric analysis of the field and paths that the “ghosts” might have followed.

I concluded that--if they were real living people--they would have come from behind the trees, and they would have come out of the trees and into the *totally* empty field 90 to 100 feet ahead of me, at about 35 degrees from my left. Based on the experiment just described, they should then have appeared to me almost right away. Yet, they appeared to me much later and just 20 feet in front of me. I cannot conceive the notion that I would have failed seeing them converging toward me. Some people told me that I was simply absent-minded, that my mind was distracted from something. I understand that if I were walking on a sidewalk next to a busy and noisy road, I would possibly miss seeing someone. But I was in a totally quiet, and empty field. There was nothing to distract me from."

*Webmaster's note: The witness who is very familiar with this location is quite convinced they experienced something otherworldly. We have the exact location of this experience within our private files and will update this page if we receive any further corroborating reports or any further info that may help to shed light on this experience if it truly is something paranormal.


Our thanks goes out to the witness for sharing their experience with us. If you have had a similar encounter or would like to contact us please email admin@psican.org We appreciate your contacting us, and your privacy will be protected. Confidentiality is assured.