Canadian historian Christopher Laursen reflects on one of his favourite investigations of poltergeist-type activity... if it was indeed RSPK! The case of inexplicable flashing lights focused on a 19-year-old North Carolina waitress in 1962, and remains to this day completely unexplained.

When Clayton, N.C. entered the Twilight Zone
by Christopher Laursen

Surely one of the books that anyone with a serious interest in the paranormal must read is parapsychologist Dr. William G. Roll's book The Poltergeist (1972). In the last half century of poltergeist research, Dr. Roll has investigated among the most fascinating cases of them all.

Poltergeists have little to do with the 1982 Tobe Hooper film of the same name. The word derives from the German "knocking spirit" because many early cases involved inexplicable rapping noises. Aside from knocks and raps, poltergeists cases commonly include spontaneous, often rambunctious incidents of objects flying about with no explainable cause, defying the laws of physics not only by flying across rooms, but also floating, climbing vertical surfaces, turning corners in mid-air, teleporting themselves from other locations, disappearing and later reappearing out of nowhere. Often, those afflicted by this phenomenon seek trickery to explain what is happening, but extensive research on this over the decades has shown that there is something far from trickery or the traditional explanations of ghosts at work.

Dr. Roll termed the phenomenon "recurrent spontaneous psychokinesis" or RSPK. It is an apt description based on his and others' research. It seems that in most poltergeist cases there is a person at the center of all of the activity, referred to as the agent by parapsychologists. This agent may be subconsciously prompting psychokinesis to occur, often randomly. In many cases, adolescents have been central to this phenomenon, most often girls. That is by no means the rule, as boys and adults have also been central to these strange happenings. Dr. Roll and others theorize that there is some pent up force that is repressed by the agent is causing them to psychically wreak havoc without consciously doing anything.

In 1984, Dr. Roll famously investigated the case of Tina Resch, which resulted in much media attention and even James Randi trying to expose the case as a hoax. Working with writer Valerie Storey, Dr. Roll gave the Resch case extraordinary detail in his 2004 book Unleashed: Of Poltergeists and Murder, the Curious Case of Tina Resch. He was among the earliest investigators of poltergeists in the United States, starting with a case of caps popping off of various bottles by themselves at a house on Long Island in 1958. His continuing investigations along with those of other researchers around the world have shown poltergeist phenomenon to be a complex beast, beyond rapping sounds and objects being thrown about by invisible force. They can involve disembodied voices, apparitions and, as Dr. Roll investigated early in his career and wrote about in The Poltergeist, mysterious bursts of light. He starts his chapter on the case: "For about two hours during a July night in 1962, I was lying in a flower bed in the small town of Clayton, North Carolina, looking for some strange lights which had stirred up the whole town." 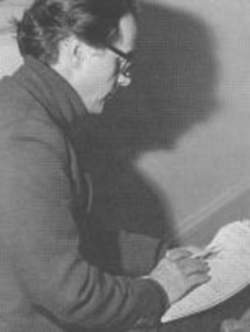 The flashes of light were originating inside of the white-frame home that had been occupied by the widowed Pearl Howell and her two children, Frances, 19, and Bobby, 22. "The flashes came very rapidly and looked like those a neon tube sometimes gives off when it is turned on," Roll described. The parapsychologist decided to personally investigate after reading about the strange lights and interviewing witnesses by phone.

Like many of these cases, people were seeking natural explanations. The unnerved Mrs. Howell was concerned that a prowler was trying to intimidate her and her children by shining a bright light into their house. Two weeks after the flashes started and were publicized in local media, threatening phone calls were being made. The unknown person on the line sometimes implied that he caused the lights. She had called the police in to investigate.

Police chief Charles D. Allen told Dr. Roll that the lights seemed to follow Mrs. Howell's daughter Frances around, but only after dark and when the house lights were off. Witnesses had seen flashes coming from the bathroom when Frances walked by it. A heavy curtain over the window excluded the source as coming from outside of the house. It even occurred on a few occasions outside, when Frances was in her car. Often, witnesses clearly saw Frances in relation to the flashes of light, and she was doing nothing that seemed to cause the strange phenomenon.

A freelance photographer, Charles Barden, called Dr. Roll on June 27. He had been taking photographs connected to the case for the local newspaper, and saw for himself several of the mysterious flashes in the house the night before. "They seemed faster than flashbulbs," the photographer told Roll, "having more the speed of electronic flashes."

In his investigation, the parapsychologist found out that the flashes were significantly stronger in intensity than the house lights would be. One electrician who witnessed the lights estimated it to be equivalent to 200 watts, though they were witnessed to be at different luminosities at different times. They were not at all blinding. Each bright yellow, pinkish or white flash seemed to start at its most brilliant luminosity, and then quickly dim, with several flashes following in succession within a second or two.

Dr. Roll found out from Mrs. Howell that the lights would flash no matter whether the blinds were open or closed, suggesting that they originated inside of the house. After consulting with electrical engineers on what they cause might be, police had searched the house for any remote flash devices that may have been causing the phenomenon, but found nothing. Dr. Roll wrote that it was "difficult to suppose that Frances was igniting some chemical that would produce them" since the flashes of light occurred so quickly and spontaneously, often with Frances in plain view.

Strange lights silently flashing, prank phone calls, prowlers, the whole neighbourhood and police on alert: it was if monsters were soon due to arrive. Clayton, North Carolina, had entered the Twilight Zone.

After an electrician claimed to have pinpointed the problem being due to faulty wiring, everything seemed to calm down and become quiet for a few nights. But on the evening on June 29, the mysterious caller phoned and said, "Lights will be on tonight - better not have police." At 1 a.m., Charles Barden phoned Dr. Roll and told him the lights were flashing again in the house. Two policemen witnessed it from different locations, one stationed in the house, the other on the street. This continued for several nights, with police and neighbours keeping an eye out for a prowler that never seemed to show himself, or for any potential electrical problems - anything that might explain what was going on. 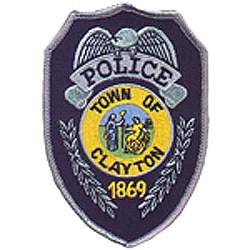 In the early hours of July 4, police saw a suspicious man flee when spotted. He simply disappeared in the chase. They suspected the man might live in a nearby house. Later that morning, another officer received a phone call from someone who just laughed at him. Despite these oddities, Dr. Roll was building a case that "the lights were not due to any known source, either inside or outside of the house," and he was certain Frances was the focal point, just as every poltergeist case had an agent.

Further investigation by electricians turned up nothing. Wiring was disconnected from Frances's room, and the landlord was talking about condemning the house. Dr. Roll was given free reign in the investigation since no conventional explanations could be found despite the thorough work by police and electricians. The flashing lights continued to be witnessed by people, though Dr. Roll himself felt like he was hexing the lights whenever he was present (as was the case in many of his poltergeist investigations).

On July 10, the case took some strange turns. The Howell's neighbour was awakened by two light flashes in her bedroom. She and her husband watched five or ten minutes later as lights flashed in the Howell house. Mrs. Howell called the police, and neighbours, anxious that the prowler was about, grabbed their guns and went out looking for him. An officer responding to the call witnessed a pinkish light come through the kitchen window as he was checking around the outside of the house. All three family members including Frances were standing outside talking about the incidents when this occurred - so the house was actually empty. After that, Frances moved into her mother's bedroom to escape the lights, but they continued there as well.

A few nights later, Dr. Roll decided to observe from the neighbour's house while Officer Robert Davis stayed inside of the Howell residence. Davis reported flashes from the bathroom while Frances was in there and could clearly see her holding a glass of water, her other hand on the spigot of the sink. Dr. Roll saw no lights from his position at the neighbour's. It was only the next night that Dr. Roll finally saw the lights himself while lying in the flowerbed outside of Frances's bedroom window. As it turned out, that would be one of the last of the mysterious flashes to plague the Howell family and the community of Clayton.

Both Pearl Howell and her daughter worked at a local restaurant as waitresses, and the restaurant's owner was becoming impatient with them coming into work exhausted from sleepless nights and ignoring his suggestions that they just move to a new house. So he flat out fired them. "This convinced Mrs. Howell that they had to move. Another house was found and on July 16 they moved," Dr. Roll wrote. Never again did the strange lights flash.

Faulty electrics, prowlers, trickery - none of these possibilities added up to explain the flashes. The Howells declined to participate in further testing at Duke University to try and determine if Frances had some type of energy in her that caused the lights. "Electricity in your body don't make phone calls," Mrs. Howell bluntly told Dr. Roll. To this day, it remains a truly inexplicable case.