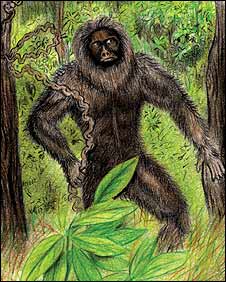 It is always good news when mainstream media outlets takes the topics we cover here seriously. Granted, I will be the first to admit that we as researchers, and investigators are usually our own worst enemies when it comes to the media, and how these topics are presented....but that is not what I want to get into with this entry.....

Nope I wanted to let you know how happy I was with the BBC coverage of recent research into Mande Barung, which is the Indian version of Yeti, Bigfoot, and Sasquatch.

Here is a snippet from the BBC:

"In the US it's known as bigfoot, in Canada as sasquatch, in Brazil as mapinguary, in Australia as a yowie, in Indonesia as sajarang gigi and, most famously of all, in Nepal as a yeti.

The little known Indian version of this legendary ape-like creature is called mande barung - or forest man - and is reputed to live in the remote West Garo hills of the north-eastern state of Meghalaya.

I was invited by passionate yeti believer Dipu Marak to travel throughout the area to hear for myself what he says is compelling evidence of the existence of a black and grey ape-like animal which stands about 3m (nearly 10ft) tall."

The article also came with a series of photos, including this one, which I found absolutely fascinating! 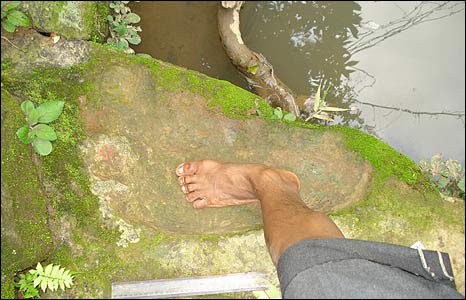 Now THAT is one "Big Foot" LOL!

As stated already above, how refreshing is it to see this topic taken seriously, and not tabloid-esque for a change. Way-to-go BBC!