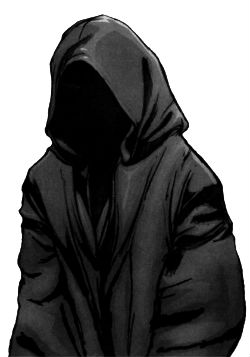 "At about 10:45-11PM on January 21st of 2016 I had a visual encounter with what others have described as a Hooded Monk. I was waiting in my car, warming it up in front of an office waiting on my wife to exit work. She was the only one left in the building and all the lights were off, except for the emergency and exit ones.

I glanced up looking for her and saw a figure in black. Deep black with robes. Its arm was already stretched out pointing about 30 degrees up toward's the West. At first I had thought it was a large plant. But as I focused in, I noted it was not. I quickly got out of the vehicle and started toward's the door to engage this figure and because my wife would be walking by it at any minute. It disappeared.

I walked into the office and wanted to take photos of the location but the camera option (the screen button) of the camera was not available. It was not on my phone at all. I exited the menues and rebooted my phone. No luck. The next day I brought my phone into a shop and they could not locate the camera software which is part of the phone and cannot be deleted by the user. They could not get the camera option back. For the past week I have been having a feeling of being watched."

Note also I asked my wife, she said she set the alarm, was the only one in the building. She did not feel, nor see anything out of the ordinary."

Webmaster's notes: The witness felt as if he was being watched for several days prior to this encounter and has noted some synchronicity associated with this experience. We are currently collecting and examining reports that included the hooded monk apparition in a continuation of the study made by the late Dr Kim Molto of these enigmatic figures.

Our thanks goes out to the witness for sharing this experience with us. If you have seen something similar, can add further information to this report, or have experienced something that you believe may be a paranormal in Canada please contact us at admin@psican.org Your privacy will be protected and confidentiality is assured.